I passed into Washington by crossing the Columbia Gorge on The Bridge of the Gods. The Columbia River was easily the largest river I had to cross on the PCT. The only other river close was the Klamath back in California.

The gorge the river has created was equally impressive. The river itself is at sea level and it's surrounded by sizable mountain ridges on either side. This meant a steep climb up was the first hiking I'd be doing in Washington.

While I was not looking forward to the strenuous conditions I was glad to be in the final state of my journey. Once I was done with Washington, I'd be in Canada and on my way home.

On top of this, it was considerably hotter at sea level than in the Alpine terrain I had gotten used to. I've heard there have been more heat waves than normal this summer in the Pacific Northwest. I was experiencing one as I crossed the gorge.

The initial terrain on the Washington side of the gorge was dry and rocky. By the end of the first day, I had climbed enough that I had shelter from the sun by trees. Soon enough, I would spot Mt Adams on the distant horizon.

I hadn't decided whether or not to resupply in the small community of Trout Lake when I left Oregon. It is close to 20 miles off trail and there is a major highway 80 miles or so from the roads that lead into it. By the time I had reached the turnoff for it, I only had a couple of days of food left so the decision was easy.

Trout Lake is situated in a valley surrounded by the Cascade mountains and in the shadow of Mt Adams. Under a thousand people live there and the major roads avoid it to skirt around the mountains. As a consequence, it is undeveloped compared to how prime the land is. It seemed like a great town to live in.

I was able to resupply and spend the night at the only country store in town. I had dinner and breakfast at the only local diner/gas station/mechanic. I saw a few other hikers there but I believe a good chunk of them passed it by like I was thinking about. I'm glad I stopped by.

After leaving town, the trail skirts around the base of Mt Adams. By nightfall, I had made it to the north face of the mountains and had a superb view of its glacier. While I had technically seen a few glaciers on the trail already, this was the first that fit into what I picture in my minds eye when I think of one. A solid sheet of ice covered the space between the two main pinnicles of the mountain.

I crossed a few icy streams of glacial runoff in the next morning and saw my first view of a distant Mt Rainier. Next stop was the goat rocks wilderness. The first part of the wilderness was a deeply forested valley. Hiking it proved to be one of the flattest days in Washington.

In this forest, I came across a bow hunter who was waiting for elk season to start. He gave me some solid advice regarding the deer, bears, and goats in the area. While I never did spot any of the snow white mountain goats the area is known for, I did hear elk that same night. If you have never heard elk before, listen to a recording and imagine being woken up to it at 2 am.

Once I had gotten back up to the crest, the beauty of the scenery opened up again. Washington often has hikers climb a couple thousand feet to a mountain pass only to have you descend that gain and do it again. The goat rocks wilderness has you doing a lot of that.

About 30 miles from the next highway, I was greeted by the most iconic scenery of the wilderness: a green and lush valley with numerous streams flowing down it from a multitude of peaks. It also contained the most amount of day hikers I had yet seen on the trail. Almost every suitable camp had been taken by hikers enjoying their labor day weekend.

By the evening I had crossed over these peaks and I was greeted once more by the south side of mount Rainier. This was the first time I saw it since Mt Adams and it much closer. The next morning as I was heading down to the highway, I was greeted by a light haze of smoke.

The next section of the trail was closed due to the Norse Peak fire. Thankfully, I had a car waiting for me at the highway. Due to the remoteness and roughness of the terrain, it was impossible to reroute around without hundreds of miles of highway travel.

I spent a few days of much needed rest around the Seattle area and headed to rejoin the trail. I was fortunate to spend these days resting as a thick layer of smoke covered the entire state. I was unable to see Mt Rainier from anywhere in the north. It is usually a prominent figure in the horizon in the whole Seattle area.

I rejoined the trail at Lake Chelan. It's one of the longest and deepest lakes in the country so the ferry ride to the north side was quite scenic. In the afternoon, winds from the north picked up and cleared away much of the smoke making the lake picturesque.

I got off the boat at the remote community of Stehekin, the gateway to North Cascades National Park. It's one of the least visited national parks in the mainland but not for its lack of beauty. The dramatic mountains that surround it make it impossible to visit outside of the ferry.

It took me the rest of the day and some of the next to hike out of it. The entire park is just these steep mountains and the deep gorges in between.

From the park, it is a short distance to Highway 20, the last major road before Canada. Just before the highway, I was treated to one last bit of "trail magic". Along with 10 or so other hikers, I had my fill of beer and food before heading out into the last stretch of the north Cascades.

I camped that night in mist and rain, my first encounter with the weather that is infamous in Washington. I managed to keep myself dry and warm by setting up camp during a break in the weather. Once the mist cleared in the morning, I was treated to vistas even more stunning than I had seen in the National Park.

What followed was some of the toughest terrain of the entire PCT over the next few days. I would go over multiple mountain passes, climb and descend thousand of feet, and see craggy peaks and glaciers no matter which direction I looked.

As I reached close the Canadian border, I had the realization that my trek was almost over. It gave me renewed vigor such that by the time I reached there, it was almost unreal. As I pushed further into to Canada, it dawned on me that I was in a foreign country and all that remained for me to do was rest and begin my journey home. 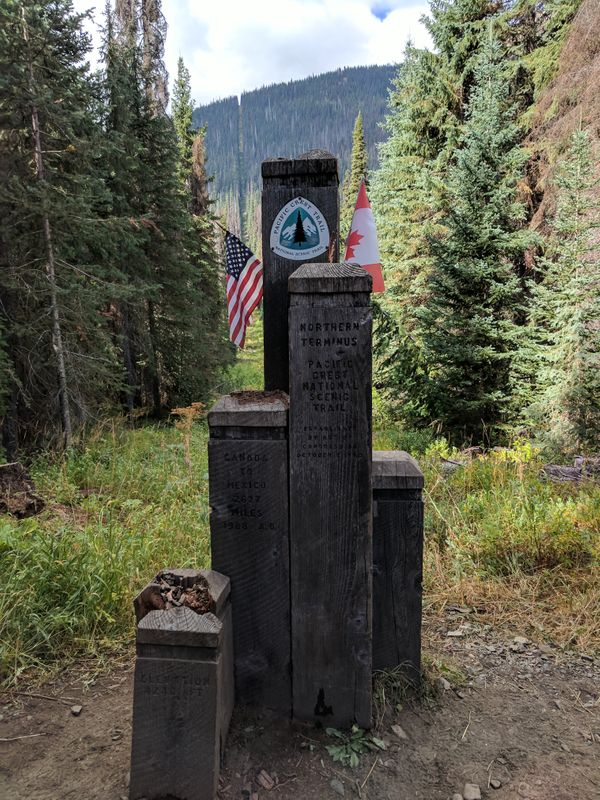 The steppes of Mongolia are a harsh and unforgiving place. In order to survive there, Ancient Mongolians had to be more skilled and stronger than almost anyone today. When chieftans 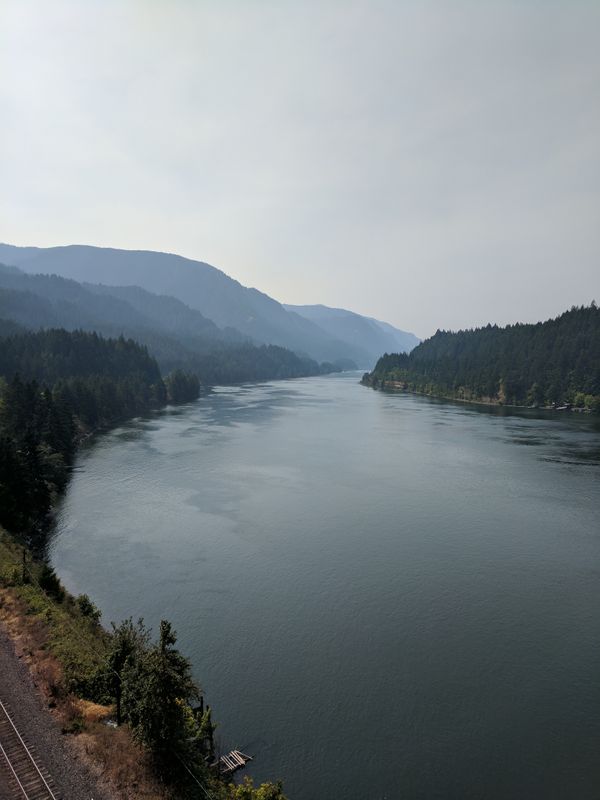 Today I passed into Washington state. Only one state and 507 Mi to go to the Canadian border. I've heard Washington has tougher trained in Oregon but it's also shorter.