Today I passed into Washington state. Only one state and 507 Mi to go to the Canadian border. I've heard Washington has tougher trained in Oregon but it's also shorter. I've also heard it's much more Scenic in Oregon and hiking in Oregon was good enough for me.

Since the last post, I spent a few nights zeroing in Bend. I had an aunt and uncle that live there that I hadn't seen in awhile. It was really nice to stay in somebody's actual home rather than a motel.

I was really thankful of the fact that they could drive me around all of the fires in Central Oregon. There was one on Mount Jefferson as well as three sisters. If I didn't have somebody willing to drive me, it would have been much trickier to get around them.

I started the hike after Bend at a place called breitenbush Lake. When I got up there, it would still very smokey. It's a shame I would have really liked to seen that area especially when it wasn't covered in a thick layer of smoke.

The train continue to be fairly similar to the part of Oregon I described in my last post. It was still full of lakes and gentle elevation gain. I was able to make good time and get to the tiny ski town of Government Camp.

The town was in the shadow of Mount Hood, which I had just started to see peeking through the the very same day. I ended up staying in a motel that was essentially one big a frame. My room was actually a loft situation since the A-frame architecture created very sloping walls.

From the town I was actually able to take a bus ride up to the Timberline Lodge near the summit of Mount Hood. Solange was right on the PCT and looked beautiful but it is a popular tourist spot. It seemed very busy. It probably be a great place to ski in the winter.

The four bend my pack had started to come apart at one of the shoulder strap seems. I put some duct tape on it and wasn't too worried about it until it really started to come undone during this section. I decided to play it safe and went ahead and ordered a new backpack to the motel I was staying at Cascade Locks.

I made it to that town in a couple of more days. After going around Mount Hood the train started to get more steep. Once I begin The Descent down into Cascade Locks, I could see how much elevation I really had gained. The Columbia river is at sea level there so I descended about 5,000 ft the day I went into Cascade Locks.

The town itself was nice. Seemed a little bit bigger today in some of the tiny towns I've been through. It's nestled right up against those steep hills that I came out of so I can imagine it can't grow very much more.

I crossed the sizable Columbia River using The Bridge of the Gods. I thought it was a bit strange how such a small town could have such a large piece of infrastructure but it made sense considering just how impassable the Columbia Gorge would be except for that bridge.

I'll camp tonight about 10 miles into Washington. The route I took an Oregon was nice because I was never far away from a resupply point. The terrain I'll be going through in Washington seems much more remote. 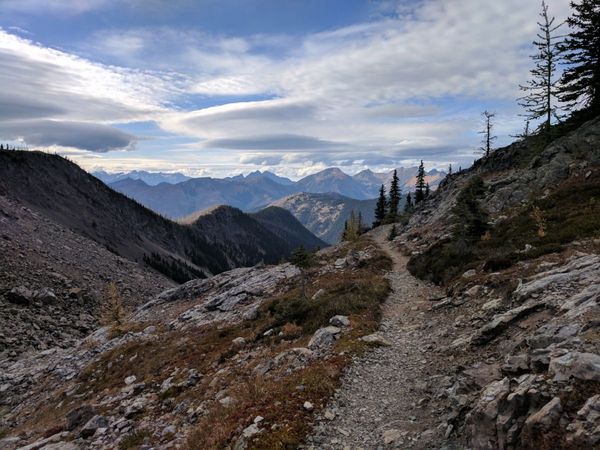 I passed into Washington by crossing the Columbia Gorge on The Bridge of the Gods. The Columbia River was easily the largest river I had to cross on the PCT. 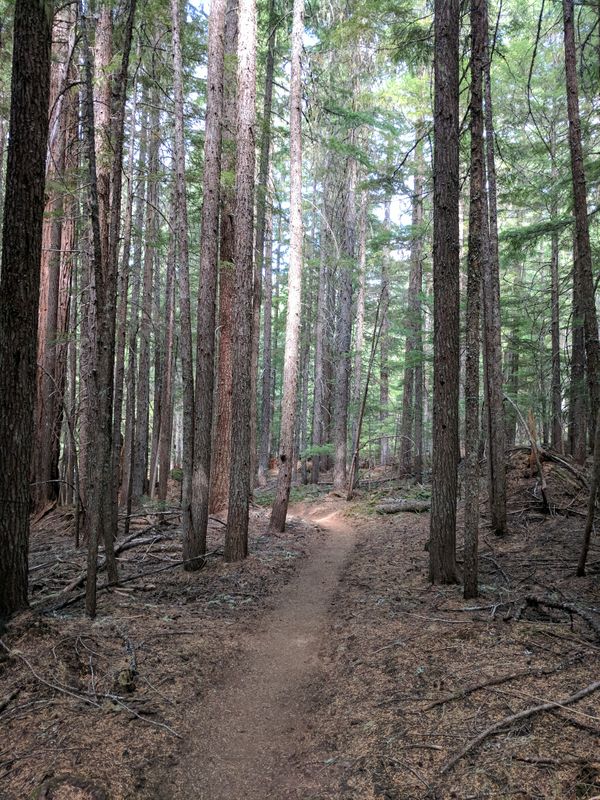 Soon after leaving the national park surrounding Crater Lake, I entered Mt. Thielsen wilderness. The mountain was exceedingly picturesque. The tall spire-like peak was surrounded by highlights the snow that