I left Walker Pass after a great zero day. I was rested and recharged and looking forward to a section of the trail I knew little about. I just began to adjust from the abundance of water in the High Sierras to the dry Mojave after leaving Kennedy Meadows. Since I am going southbound and I am well ahead of those that left from Canada this year, I was uncertain what kind of water caches I would find or if any of the springs would still be flowing after the summer heat.

I climbed up the mountains surrounding Walker Pass and followed along a dusty Jeep trail on the crest. I had packed a full 7 liters of water which weighed me down significantly. It made the elevation gain a lot more difficult but I'll take that over running out of water any day. By the time I had set up camp for the first night, the wind had picked up and I had used almost half of those 7 liters. 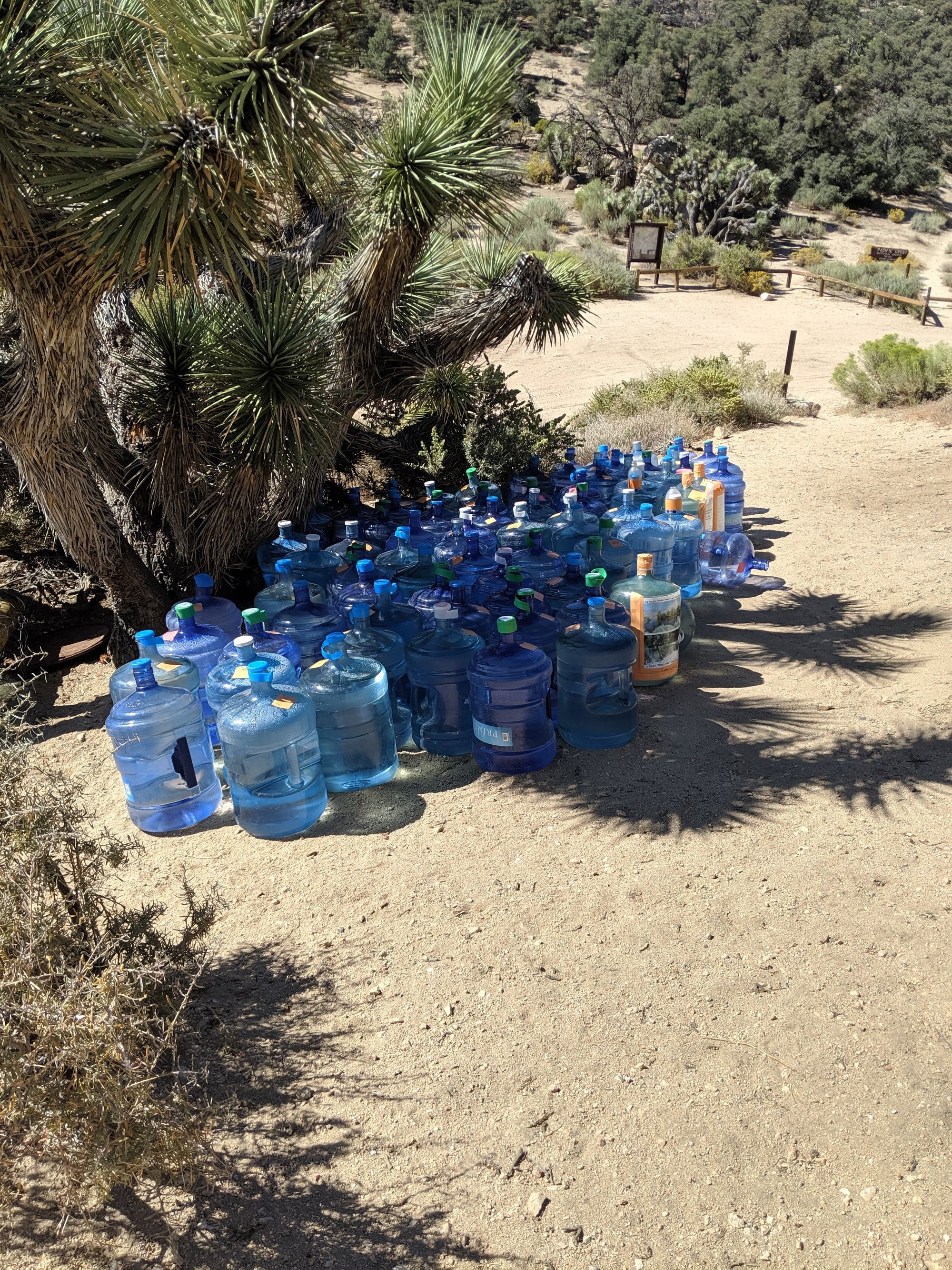 The next morning, I came across I huge cache of 5 gallon jugs of water. They appeared to be mostly from when the northbound hikers came through a few months prior but the water was clean and refreshing. Being in the desert sun all day is a great disinfectant. I continued skirting along the ridge far above the Mojave as the temperature rose. Despite the lack of shade, it was not too bad. A bit of sunscreen and extra water really helped.

I started to come across a great deal of desert wildlife. I must have seen dozens of mice, beetles, snakes, and eagles as I marched on through. The wildlife seemed even more abundant than in the deep forest though perhaps it is only because there are less places to hide in the desert. 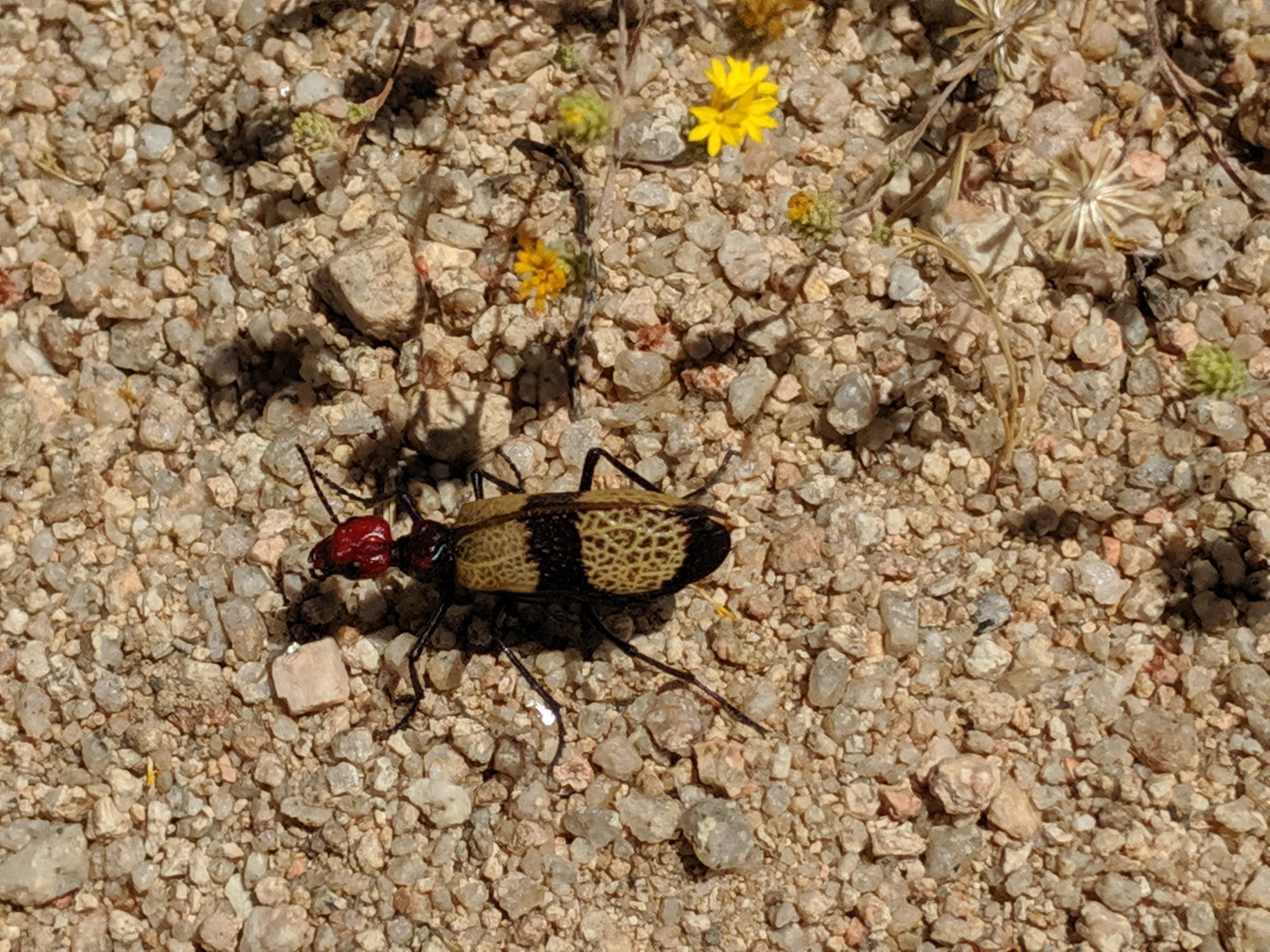 I soon found myself climbing another couple thousand feet into the Bright Star Wilderness. Joshua trees and cactus gave way to pinyon pine and even taller varieties. The shade and cooler climate was much welcomed but water was still scarce. I ended up camping next to the first spring I came to and was treated to a night of cattle wandering by my tent and strange calls from coyotes. Water is life in the desert.

As Tehachapi grew closer, I began to see giant windfarms in the distance. It seemed as though every ridge and hill was covered by the machinery for the next few days. I worked my way down to the highway and began a long walk into the railroad town of Tehachapi. I was able to stay at a decent chain hotel, grab a pizza for dinner, and pickup a supply package from home. After figuring out the local bus schedule, I was ready to hit the trail again. 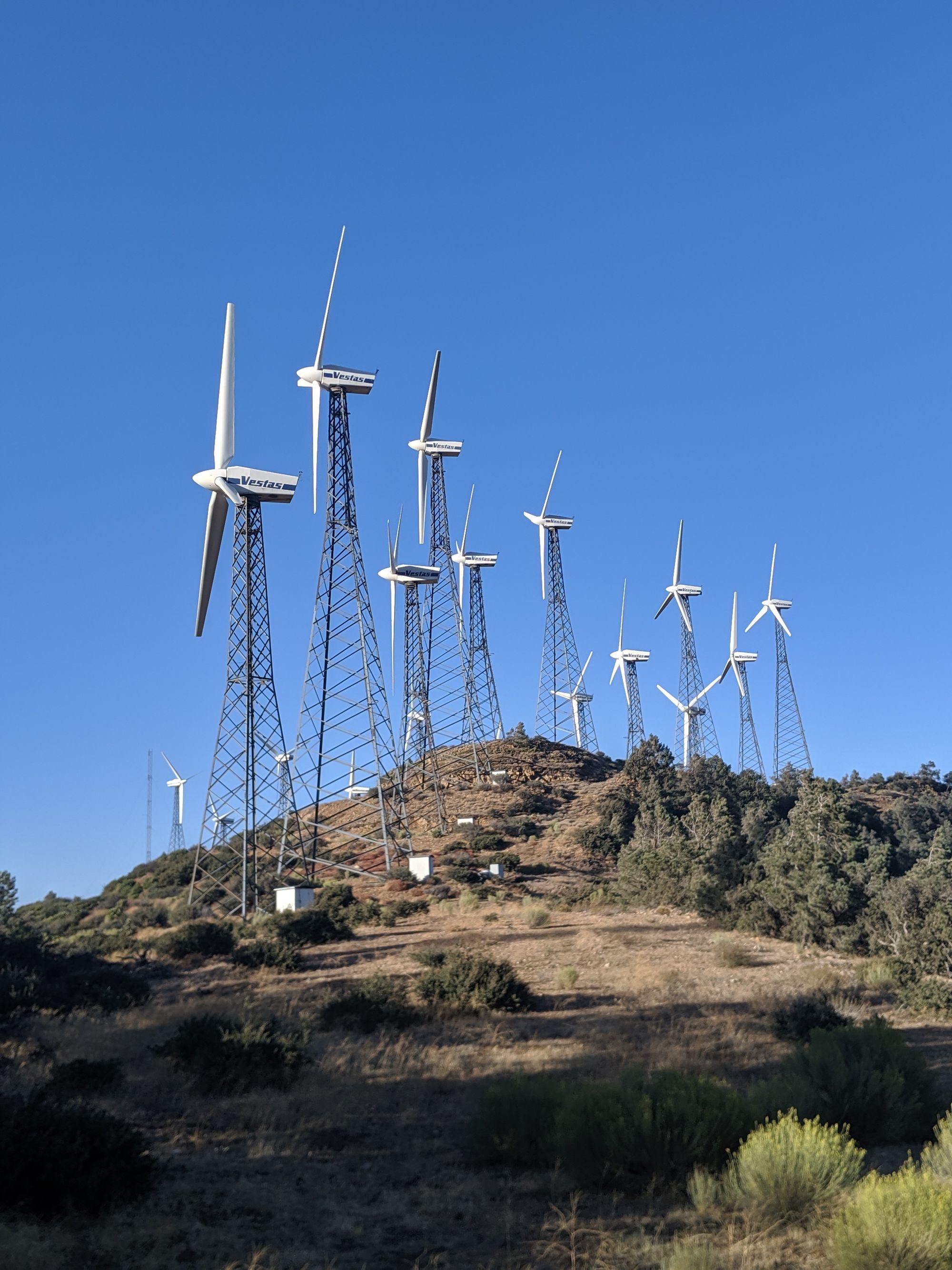 After staying at elevation for the first day after Tehachapi, the trail wound its way down into the valley floor of the Mojave to cross the California aqueduct. This was the hottest weather I had encountered so far on my hike. I began resting during the day and hiking many miles after sundown to avoid the heat. The lack of water and decent places to pitch my tent lead me to a 26 mile hike before getting into Hikertown.

Hikertown is one of the most interesting spots I've stayed at a long the trail. Only a quarter mile off the trail, it's completely free to stay at. The owners live in a house and have built several Western style bunkhouses to provide an oasis for hikers in this desolate part of the trail. I'm thankful for the shower, pancakes, shelter, and water I got there. 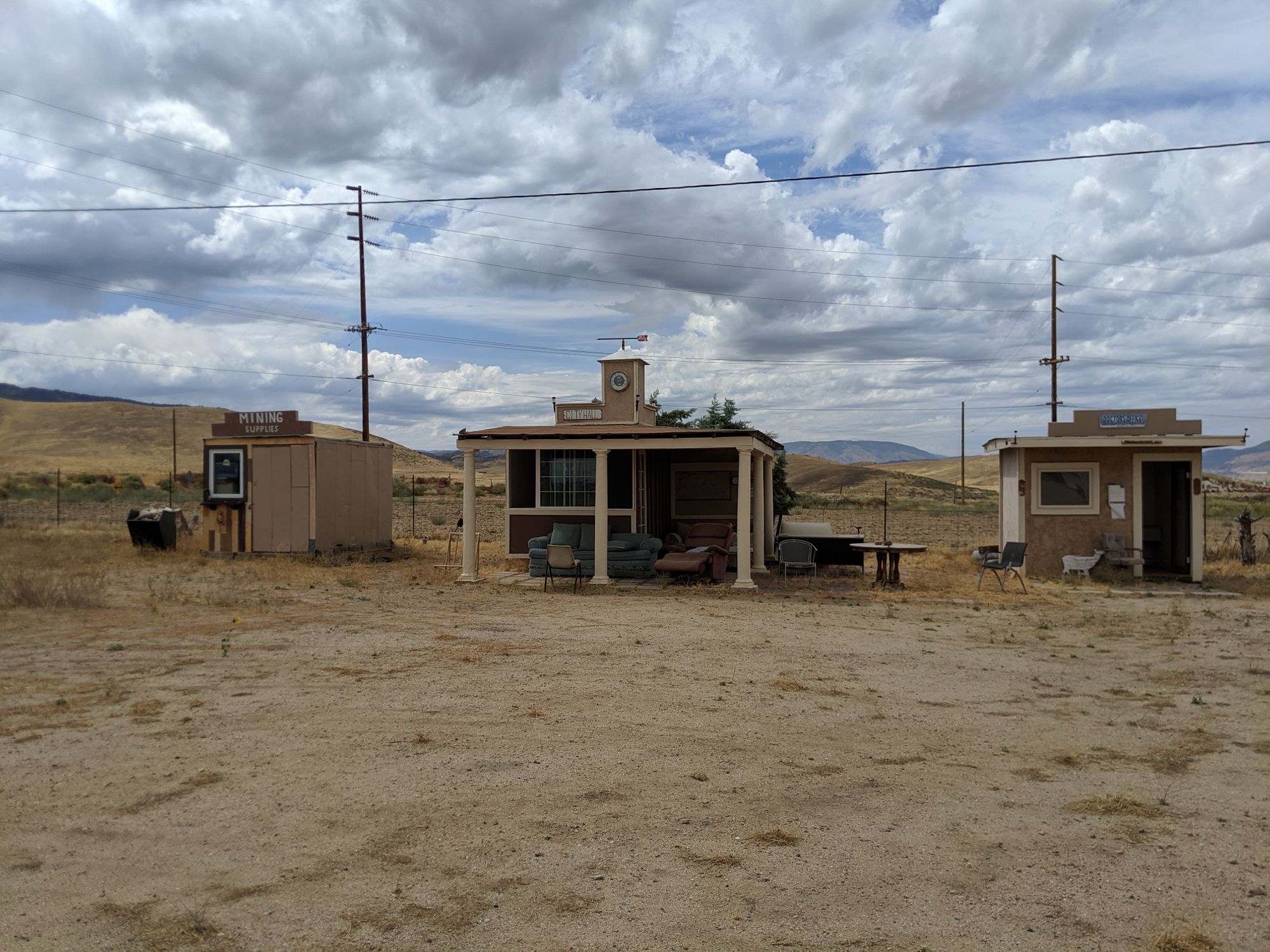 Soon I'll be heading back up into the mountains. While I'm looking forward trees and fresh spring water, I'm glad I got to experience the desert on this hike.

Mount Davidson is the highest point in one of Nevada's smallest counties, Storey. It's easily seen from Virginia City and much of South Reno and Washoe Valley. While only a few hundred feet higher than most of the surrounding peaks, the difference is significant. The views from it are unparalleled